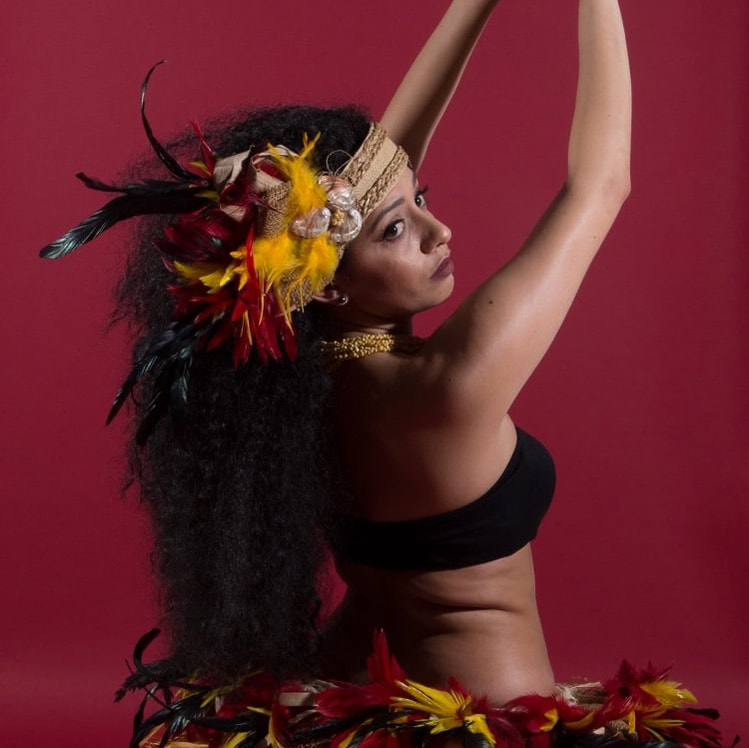 I have been a Polynesian dancer for over 25 years. I began dancing at the age of 6 with a small group named Ku'uipo 'O Hula in Norwalk, California. Ten years later, I joined a professional group, Hitia O Te Ra of Southern California, and continued dancing with them for 10 years. With Hitia O Te Ra, I was able to perform and compete in Nevada, Utah, Arizona, California, Hawaii, and Tahiti. I have done many performances over the past several years, including birthday parties, weddings, plays, retirement homes, a music video, and many others.

I have also had the opportunity to teach Polynesian dance to many children. I taught second grade students  at Jersey Elementary school in California Polynesian dance and culture during their physical education period. Through the Heritage Arts Committee of the city, it later became an after school program. During my  years as a prekindergarten teacher, I  also taught my students a hula every year for the annual talent show.

My goal is to continue teaching a love and appreciation for the Polynesian culture in Columbus, Ohio and now also in Appleton, Wisconsin. I would like to spread knowledge of the beautiful dances to anyone who is willing to learn.